To learn the complete rules of Siege Warfare click here.

We wanted to create a game that was both fun and educational.  Each card's ability and quote has been carefully selected to be insightful and interesting. If you are a fan of history, you will quickly become aware of the level of detail and grand scope we used in creating this game.

Check out our new set the Greco-Persian Wars, with 4 new ready-to-play decks.  Play as the Spartans, Athenians, and the ancient Persians in all out war. 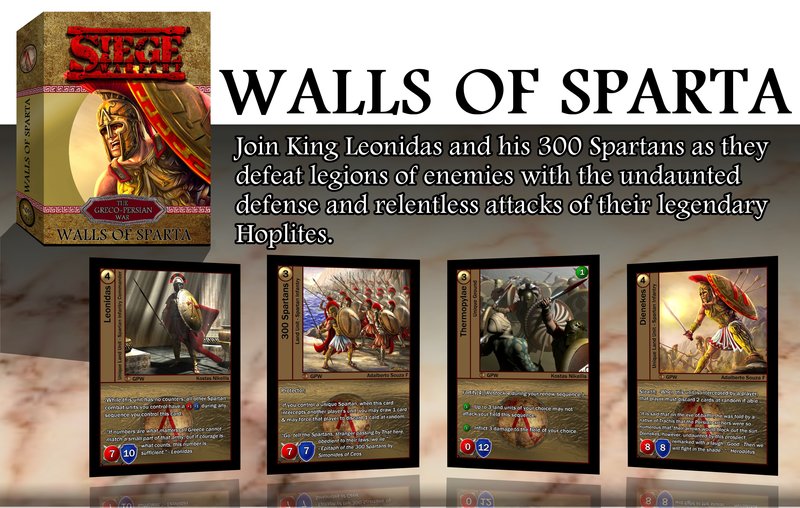 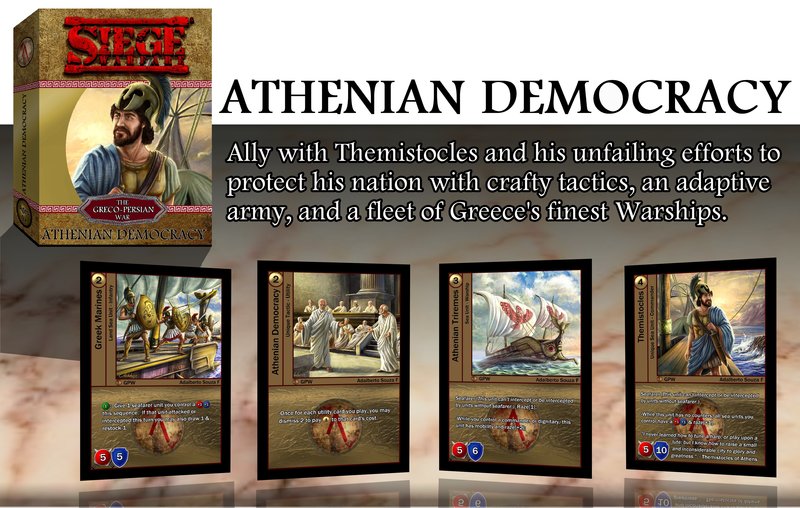 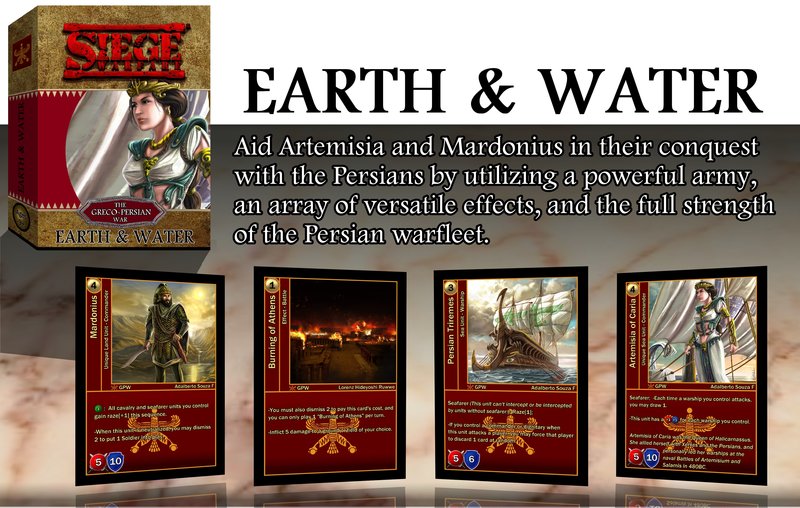 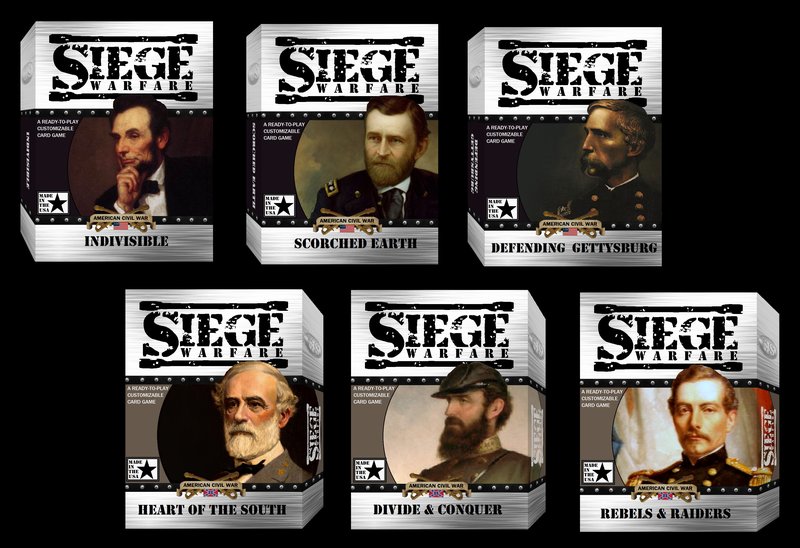 The first Siege Warfare set, the American Civil War, includes 6 decks.  Each deck is ready-to-play right out of the box.  The strengths and weaknesses of each deck develop based on the units and tactics you choose to employ that game.  Each deck can be played several different ways and be victorious.

Once you have mastered the basic gameplay of Siege Warfare, expand your skills by observing the units your opponent uses and try to build troops that have natural strengths against them. 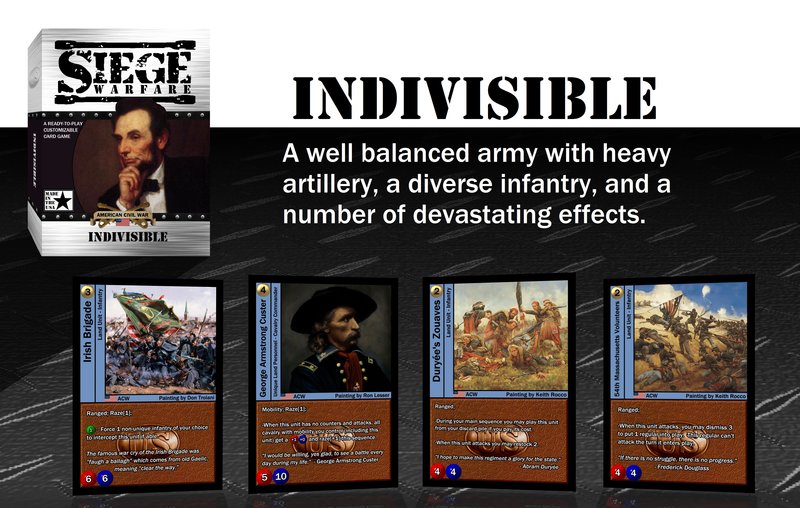 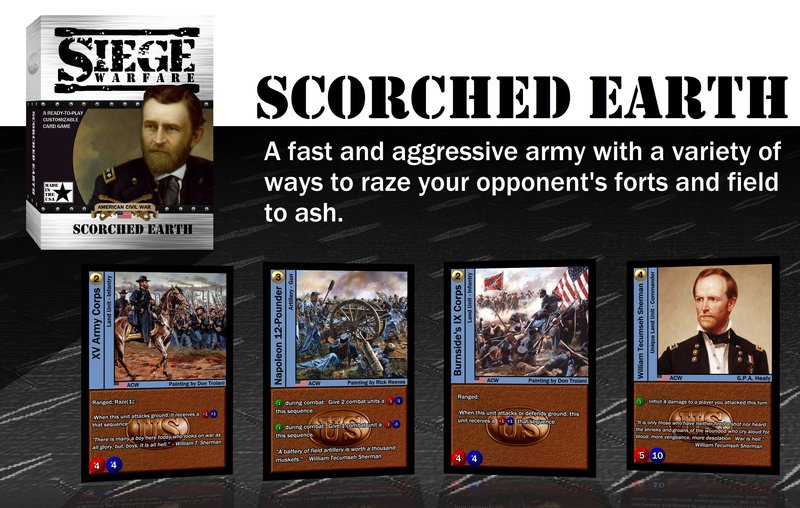 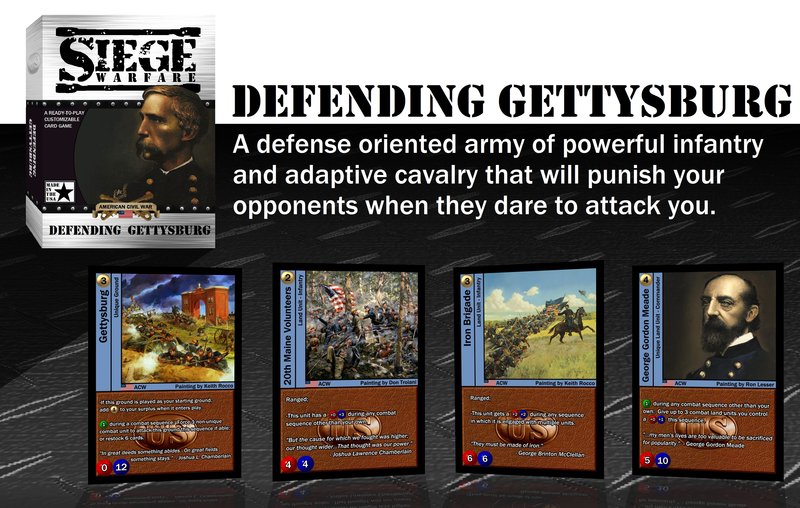 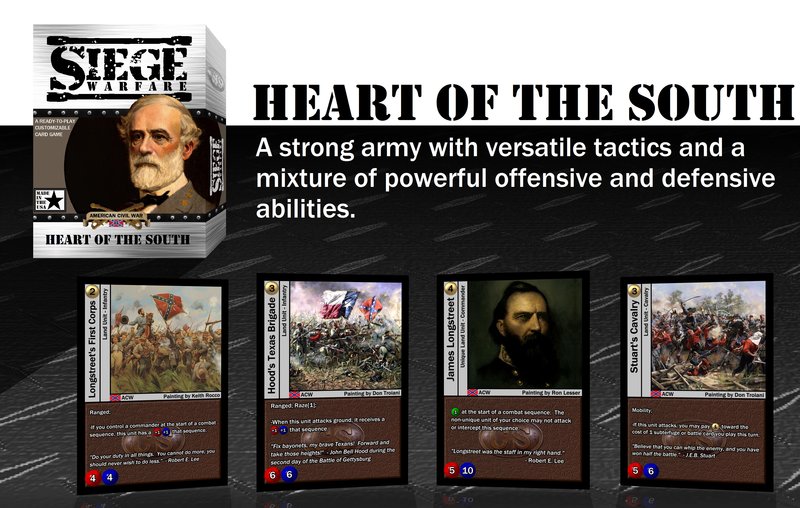 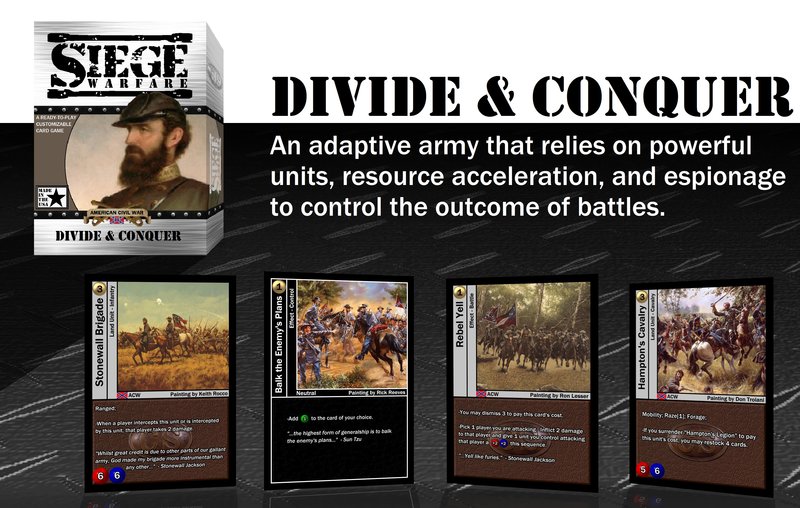 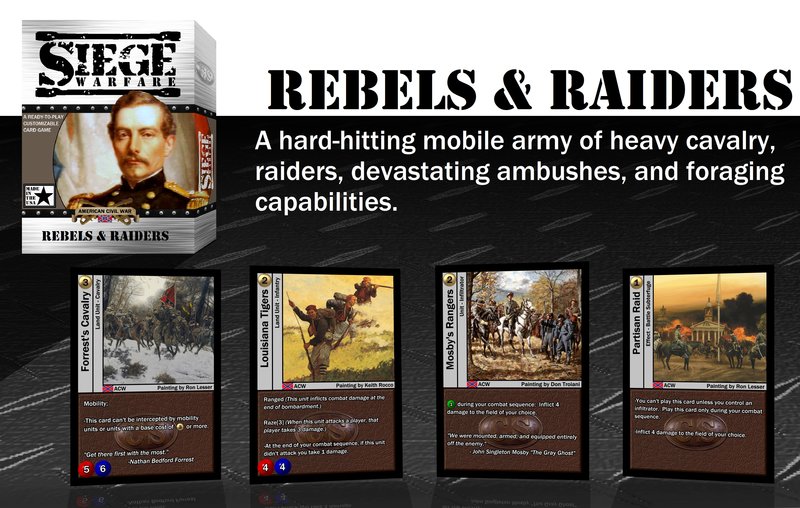